How To Form Beliefs 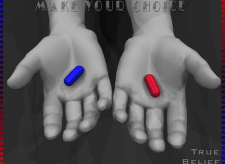 Belief is the psychological state in which an individual holds a proposition or premise to be true.
(c. ^ Schwitzgebel, Eric (2006), “Belief”, in Zalta, Edward, The Stanford Encyclopedia of Philosophy, Stanford, CA: The Metaphysics Research Lab, retrieved 2008-09-19)

You believe something when you take a concept, a proposition as truth. Truth is a very individual concept. Think about something that you see as true without a doubt. Now why is what you are thinking true? Because you saw it, experienced it? Because then it is real?

“If real is what you can feel, smell, taste and see, then ‘real’ is simply electrical signals interpreted by your brain.” Think again! Why is something true and why not? It is a DECISION. You decide if you believe something or not. You decide if it is true or not. That’s it.

Now, after making this decision you automatically begin to collect evidence for that particular belief. You start bending situations, filter information and tune your senses according to your beliefs. If you hold the truth that all rich people are evil, even when you meet a rich person who is a charitable, giving person you probably focus on the negative character traits of this person or you find another way to discard the objective fact that this person also has positive good qualities.

So imagine this: When you get programmed by society with beliefs that are not serving you but instead keep you under control and make you a good consumer, how on earth can you be successful and follow your dream? You are collecting any evidence you can find to hold on to those beliefs and every day you are exposed to words and images that cement this programming into your brain.

You discard every possibility that those beliefs are false because most of the time you’re not even aware of them, let alone this process of social brainwashing. You are asleep, a working drone, programmed to do nothing else than consume and be a good sheep in the masses. Interestingly enough basically every innovation was criticized at first, and the people who came up with new concepts and inventions were called crazy. I call them awake. They were the only ones that were living and not sleep walking.

Beliefs are very powerful. If you are following the self development world you probably heard a lot about changing beliefs and affirmations & visualizations. And as a matter of fact, it works. Affirmations work, no doubt about that because you are already using them. Affirmations in that sense are statements about yourself that you believe are true. For example, if you think you are a clumsy person, it is an affirmation. You hold this image of yourself as the absolute truth and even when you do things in a very elegant way you reject this evidence as false.

But often affirmations don’t work the way they’re taught in most of the self-help books out there. So why is that? You’ve been told to do affirmations like this: Stand in front of the mirror and say something like: I am successful etc. Now this could change your results and self image for a certain period of time BUT it will not be effortless and long term.

Why not? Because you have certain CORE beliefs that contradict those affirmations. For example, a core belief could be that all rich people are bad people.

Now if you want to be financially successful and you affirm to yourself that you have loads of money, in the back of your mind you are sabotaging yourself because you would then become a bad person. Your concept of the world is holding you back and destroying the chance of a lasting change. I figured out a three step process of changing your core beliefs. It can be very challenging because you have to challenge your ingrained world views, your understanding of reality and yourself. So if you are not ready for this I would suggest you stop reading now, because it can be a very challenging process and you have to be brutally honest with yourself.
Still reading?
Good! Let’s get started!

The process is very easy and simple just like most things that work in life.
Now sit back and answer the following questions:
What part of your life is not working?
Got it?
Good!
What do you belief about …?
For example: What do you belief about money?
Now be honest and write EVERYTHING that comes to your mind!
Got it?
Excellent!
Now start with the first sentence you wrote down and ask yourself:
Why do you belief that?
Write your answer down! Then again ask yourself the question about the answer.
Why do you belief that?
Continue this process until you can’t find an answer anymore. The answer will probably be: Because I heard it in the media/learned it from my parents/because someone told me that!
Congratulations! Now you have your Core Belief.

I will go on to step 2 but I will show you in a later example how this process works in detail!

This is a step only a few people talk about but which is very crucial. You have to DOUBT your Core Beliefs first before you install a new one. Imagine you learned about affirmations and tried to change your belief about “the earth is flat”. Now until you absolutely believe that this statement is false you will never adopt the new belief “the earth is spherical”.

You have to change the way you look at things, you have to change your PARADIGM of thinking! Now I have some questions for you that will help you doubt your Paradigms/Core Beliefs about the world:

How might my life be different if I didn’t hold on to this statement?

Write the answers to those questions down!

Now let’s go step deeper. In the previous chapters I talked a lot about the matrix so now ask yourself the following questions:
Why does someone want you to believe that?
Who is benefiting from you believing that?

When the answer is NOT YOU then you have a very problematic worldview. Let’s take the belief from above: “All rich people are bad people”. This doesn’t serve you at all. It helps installing an aversion against wealth and wealthy people. That way your behavior becomes predictable. You probably never will try to get very wealthy. You will keep complaining about the rich people and you will be a worker bee all your life.

On top of that you have other core beliefs that contradict with this one. For example: “Money makes people happy”. Now you got to conflicting beliefs that keep you drawn and averted towards wealth and money and keep you stuck, under control and predictable. This realization helps you to drop the belief instantly. You can see its falsehood and finally you can see the matrix and how it controls you. When you finally see how society constructed our world for us you can drop your illusions and stop looking at the dancing shadows. You are aware now and can start building your own truths and your own worldview that is not intended to control you.

Now you can change those Paradigms and here is how:

You identified your core beliefs and saw the falsehood of them. Now it is time to change them. You can do two things here:
Write down the opposite of the false core belief
Or write down a more useful belief

I personally prefer the opposite but this is up to you!

Write down every negative/false core belief you have on a piece of paper and write down the reason why society wants you to belief that right next to it. I recommend you start with one area of your life and stick with that for 30 days. Now write down your empowering core belief on another paper!

Now you have to form a habit! EVERY DAY when you wake up and right before you go to bed you takes out the two sheets in front of the mirror. You start with the negative belief list and realize the falsehood of those beliefs and now you start telling yourself out LOUD:
The truth is….
Fact is….
Your empowering beliefs!

Now can you see how you are destroying your old negative programming and installing a new empowering one at the same time?

I hope so! The key is to do this consistently! You have to do this EVERY DAY! You have to convince yourself that the new Paradigm is the absolute truth and when you do I guarantee your world changes.
“If you change the way you look at things, the things you look at change.” – Wayne Dyer
Hope that helps! 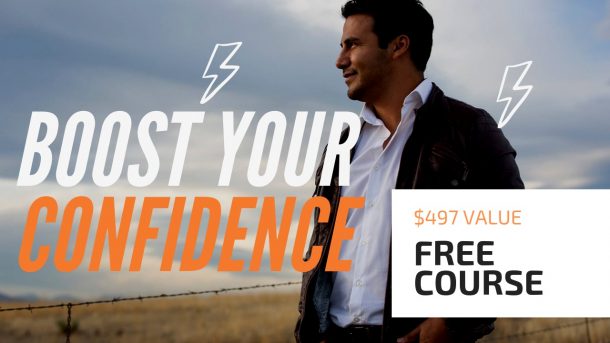 Yes, I want my FREE course!

You have requested your FREE course, you will get PART 1 of the course in your email shortly!Don't forget to check your spam folder just in case and mark the email as not spam to keep receiving the next parts to the course in your inbox.Talk to you soon!